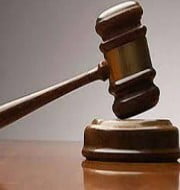 Project 39A was conducted by a team of National Law University, Delhi. According to the project, the Indian Courts invoke “Collective Conscience” of the society in most of the death penalty cases.

The study chose three states and Union Territories namely Madhya Pradesh, Delhi and Maharashtra. These states were chosen as they ranked high in awarding capital punishments

In all these cases, the courts opined that the crime was heinous to shake the “collective conscience” of the society. Thus, the harshest punishment is being sentenced.

The Law Commission in 2015, headed by Justice A P Shah proposed to abolish capital punishments. However, the commission had made the proposal only to non-terrorism cases. According to the commission, India is one among few countries that still carry out executions. The other countries that practice executions include Iran, Iraq, Saudi Arabia, China. By the end of 2014, 98 countries had abolished death penalty.