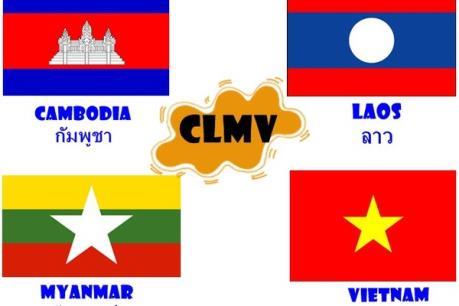 The sixth India-CLMV Business Conclave 2020 was recently held. During the conclave, India invited the CLMV countries to join International Solar Alliance and the Resilient Supply Chain Initiative. The Conclave was held under the theme “Building Bridges for Constructive Development”.

During the conclave, India mentioned that it is ready to share COVID-19 vaccine with the CLMV countries. This is important for every leading economies in order to prevent vaccine nationalism.

The CLMV countries are Cambodia, Laos, Myanmar and Vietnam. The CLMV countries have a unique position in Southeast Asia region. The countries act as a gateway for the market access to European Union and China and also other markets due to various trade agreements. The four countries hold rich natural resources such as copper, oil, natural gas, gemstones and teak.

They are the third largest economy in the world. In the last decade, India’s trade with these countries has grown from 1.5 billion USD to 10 billion USD.

India intends to increase its trade and investment in these countries as they hold advantage of free trade agreements with countries such as China. India’s trade to China through this route will be much cheaper. In other words, India will invest in these countries and earn the benefits by exporting the return to China.

India has provided medicines and medical supplies to the CLMV region. Also, India has trained medical personnel from the region under I-TEC Scheme. India has set up Project Development Fund for the CLMV region with a corpus of Rs 500 crores. This is to incentivise Indian private sector companies to set up manufacturing units in CLMV region. Apart from this, India has also taken several other infrastructure initiatives. This includes the construction of the Kaladan Multimodal Transit-Transport Project. India is closely working with the region to develop renewable energy and also form partnerships to penetrate global value chains.