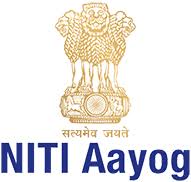 NITI Aayog has recently released a white paper titled Vision 2035: Public Health Surveillance in India. It is part of its work to strengthen health systems in India. The paper calls for integration of the three tiers of healthcare system in India  viz. primary, secondary and tertiary into Ayushman Bharat. It also calls for enhanced lab capacity and expanded referral network. It proposes the use of a new data sharing mechanism involving the use of analytics, health informatics and data science.

The following are the vision of the document:

According to the white paper, the following are the current conditions of health sector in India:

According to the white paper of NITI Aayog, the following are the challenges in Public Health Surveillance of India: