Vice President suggests to include milk in Mid-day Meal Scheme 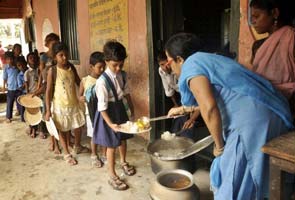 The Vice President, Shri M Venkaiah Naidu has suggested that milk can be given either as part of breakfast or the mid-day meal. This will improve the nutritional levels of children.

According to the Global Nutrition Report, 2020, which is released by world health organisation, India is going to miss global nutrition targets set for the year 2025. The report also highlighted that India has highest rates of domestic inequalities, especially in malnutrition.

Thus, the call for including milk in the Mid-day meal scheme would increase the nutrition level of children and would help poultry and dairy sectors to come over the problems they have faced in the COVID-19 pandemic situation.