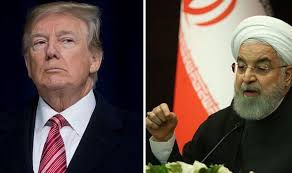 As per media reports, Visa of the Iranian Foreign Minister, Mohammad Javad Zarif has been denied by the United States on Monday, 6th January 2020 following the escalating tensions between US and Iran after the assassination of Iranian Quds Force leader, General Qasem Soleimani by the US in Baghdad on last Friday. The Iranian Foreign Minister was scheduled to visit the US state, New York, for attending the United Nations Security Council Meeting to be conducted on Thursday, 9th January 2020.

The United States by denying the visa would violate the ‘Headquarters Agreement of 1947’ which mandates the United States Government to allow foreign diplomats and officials into the country for participating in business related to the United Nations(UN).  For the first time since the US drone strike last Friday, Thursday’s UN Security Council Meeting would have been the first time that the Iran Minister, Mohammed Javad Zarif would have address the world.

Iranian spokesperson from the Permanent Mission to the UN has said they have not received any official word yet from the UN or the US Government.