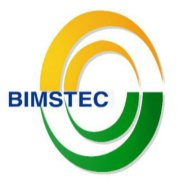 The Union Cabinet has approved the proposal of the Ministry of Power for signing a Memorandum of Understanding (MoU) with member states of BIMSTEC for establishing BIMSTEC grid interconnections. The MoU will be signed at the 3rd BIMSTEC Energy Ministers’ Meeting that will be held in Nepal shortly.

The Bay of Bengal Initiative for Multi-Sectoral Technical and Economic Cooperation (BIMSTEC) is a sub-regional group of seven countries in South Asia and South East Asia lying in the littoral and adjacent areas of the Bay of Bengal viz. Bangladesh, India, Myanmar, Sri Lanka, Thailand, Bhutan and Nepal. It was established on 6th June 1997 through the Bangkok Declaration. It is headquartered at Dhaka, Bangladesh.

In 2005, during the first BIMSTEC Energy Ministers’ Conference held in New Delhi, a Plan of Action for Energy Cooperation in BIMSTEC was formulated. As a part of the plan, under the BIMSTEC Trans-Power Exchange and Development Project, a task force under the leadership of Thailand was formed comprising the representatives of member countries to come up with a report on draft MoU for grid interconnections.
After a total of five meetings, the draft MoU for the establishment of the BIMSTEC grid interconnection was finalised on March 16, 2015.
The leaders reached a consensus to expedite the signing of the MoU on BIMSTEC grid interconnection during the BIMSTEC Leaders’ Retreat, 2016 held in Goa.
In the fourth meeting of BIMSTEC held in January 2017, the MoU was discussed and finalised.