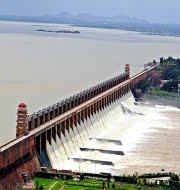 The Union Water Resources Ministry has reconstituted a committee that was tasked with assisting the Krishna River Management Board (KRMB).
The new committee will be headed by A.K. Bajaj, former chairman of the Central Water Commission (CWC). Besides, Gopala Krishnan, R.P. Pandey, Pradeep Kumar Shukla and N.N. Rai will be its members.

The committee was reconstituted based on the demand of Telangana government after it had opposed the earlier Mohile committee’s recommendation considering it as one-sided and biased against Telangana. The earlier committee was constituted in September 2016 to suggest a mechanism for facilitating the effective functioning of the KRMB as per the provisions of the Andhra Pradesh Reorganisation Act, 2014.