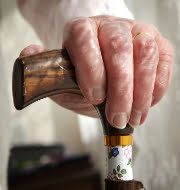 The Union Ministry of Health & Family Welfare launched the Longitudinal Ageing Study in India (LASI) to assess the needs of its elderly people and frame policies accordingly.
The survey will take into account study on 60,000 elderly people over 25 years plan and will be the largest survey of its kind.
Key facts