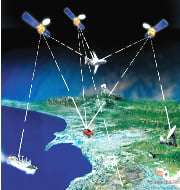 With this launch, India became the fourth nation in the world to have inter-operable Satellite Based Augmentation System (SBAS) after US, Europe and Japan. It should be noted that GAGAN is the first SBAS system in the world to serve the equatorial region.