Union Government identifies 305 cities for implementing 'Housing for All' scheme 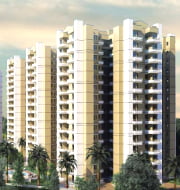 Union Government has identified 305 cities and towns across 9 states for implementation of its flagship ‘Housing for All’ scheme.
305 cities were identified by Union Ministry of Housing and Urban Poverty Alleviation (HUPA) for beginning of construction of houses for the urban poor under the scheme.
In this regard, HUPA Ministry will provide assistance of over 2 lakh crore rupees over the next six years for construction of houses  to enable two crore urban poor own their own houses.
Selected cities and towns are in these states: Chhattisgarh (36 cities and towns), Gujarat (30), Jammu and Kashmir (19), Jharkhand (15), Kerala (15), Madhya Pradesh (74), Odisha (42), Rajasthan (40) and Telangana (34).
These 9 states along with other 6 more states have signed Memorandum of Agreement (MoA) with HUPA Ministry for their commitment to implement 6 mandatory reforms essential for making the housing for all mission successful in urban areas.
15 states which have agreed to implement the mandatory reform measures are Bihar, Chhattisgarh, Andhra Pradesh, Manipur, Nagaland, Gujarat, Jharkhand, Jammu and Kashmir, Kerala, Madhya Pradesh, Mizoram, Odisha, Telangana, Rajasthan and Uttarakhand.

About Housing for All Scheme