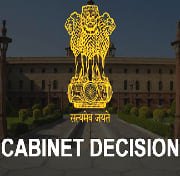 The Union Cabinet recently approved the Production Linked Scheme for White Goods such as Air conditioners and LED lights. The main objective of the scheme is to make manufacturing in India globally competitive. This is to be achieved by creating economies of scale, removing sectoral disabilities and ensuring efficiencies. The scheme will make India an integral part of the global supply chain.

It is expected that the scheme will attract global investment, enhance exports and generate large scale employment.

What are White Goods?

Generally large home appliances such as refrigerators, dish washers, washing machines, air conditioners are referred to as white goods. Traditionally the household goods were available in white colour and hence the name.

What are brown goods?

The Consumer Electronics such as computer, Television, games consoles, radios are referred to as brown goods.