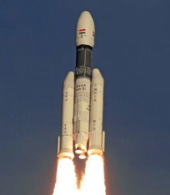 The Union Cabinet has approved a budget of Rs 10,000 crore for India’s Gaganyaan project. The allocation of the budget comes after the announcement of Prime Minister that, an Indian would travel to space in an Indian spacecraft by 2022 in his 2018 Independence Day speech.

The salient features of the Gaganyaan Mission are:

Isro had started preparations for the project way back in 2004. Gaganyaan will also provide employment to around 15,000 people.