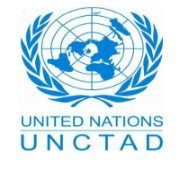 The United Nations Conference on Trade and Development (UNCTAD) has announced that it is to cancel over 1 trillion USD of debt owed by developing countries.

According to the UNCTAD, over 64 low-income countries spend more on debts than their health systems. They are now struggling with growing debt burden to plummet prices of oil, weakening of local currencies and exports. On the other hand, they have COVID-19 crisis to address health issues.

Similar steps were taken by the G20 countries as well. The G20 groupings agreed to suspend bilateral debt payments by the poorest countries of the world till the end of the year. The G20 grouping has called for “Global Debt Deal” that will grant one-year debt standstill. After one year, the developing world shall pay back the debt with interest.