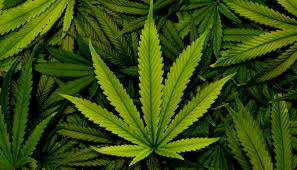 The UN Commission on Narcotic Drugs, which comes under the UN Economic and Social Council, is the apex drug policy-making body within the UN. It has vital functions in the international drug control conventions. This commission’s 53 member states have recently voted to remove cannabis from the Schedule IV and move it to Schedule I. Cannabis had been in Schedule IV since 1961 Single Convention on Narcotic Drugs alongside highly addictive and dangerous drugs like heroin, 3-methylfentanyl and desomorphone etc. This was done to recognise the medicinal value of the Cannabis plant.

What is 1961 Single Convention on Narcotic Drugs?

India is a signatory of the treaty.

The usage of Cannabis in India is governed by the Narcotic Drugs and Psychotropic Substances Act, 1985. The act has banned sale and production of cannabis flowers and resin. On the other hand, it allows the use of leaves and seeds. The Central Council for Research in Ayurvedic Sciences recently announced that the Cannabis is effective in cancer treatments and shall be used as a restorative drug in cancer patients.

Cannabis in the World