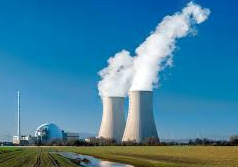 The United Arab Emirates recently announced that it issued the operating license for the first of four reactors at its Barakah nuclear power plant. It is the first ever nuclear plant in the Arab region.

The Barakah plant is located on the Gulf coast west of Abu Dhabi. It has received operating license after several delays due to safety and regulatory requirements. The nuclear power plant is expected to start its operations within a few months.