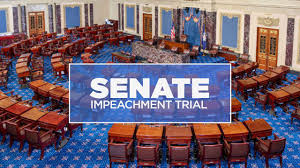 Mitch McConnell, the leader of the United States (US) Republican Party in Senate (Upper House of the US Parliament/Congress) has confirmed on Tuesday, 14th January 2020 that the impeachment trial of the US President Donald Trump will begin on next Tuesday, 21st January 2020 in the Senate. Donald Trump is the third President in the history of the United States to be tried for Impeachment with previously Bill Clinton in 1998 and Andrew Johnson back in 1868 were the other two, like his two earlier predecessors, Trump is also expected to be acquitted as his part Republicans have a majority in the Upper House of the United States Parliament Senate. Two-third of the majority will be required at the Senate to remove the US President from the office.