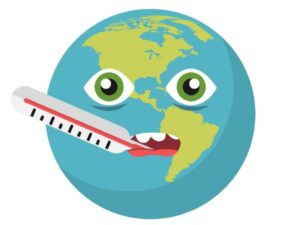 The researchers from the University of California recently predicted that the future climate change will cause an uneven shifting of the tropical rain belt. This might threaten food security for billions of people.

The tropical rain belt is the region around the tropics that receives abundant rainfall. It is largely the manifestation of the ITCZ (Intertropical Convergence Zone).

The belt shifts roughly between the equator and the fifteenth parallel north (south) latitude. Near these latitudes one dry and one wet season occurs. On the other hand, there are two wet and two dry seasons in the equator as the belt passes through the equator twice.

The air in the tropics warm up quickly. The warm air rises up. As the hot air rises, the cold air occupies the vacant spaces. As more and more cold air replaces the warm air, the tropics lose their ability to hold moisture. As a result, the excess moisture turns into rain showers and thunderstorms. This is the main reason for abundant rain in the tropics

The region is called Doldrums by the sailors because of its windless weather. This is the region where the south east and north east trade winds converge.