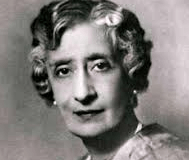 TIME magazine has recently released a list of world’s 100 powerful women who defined the last century, in its new project. Freedom fighter Amrit Kaur has been named by the magazine as ‘Woman of the Year’ for 1947 and Former Prime Minister Indira Gandhi for 1976.

Amrit Kaur became the first woman to join the Cabinet, when she served as Health Minister for 10 years. She founded the Indian Council for Child Welfare, strived for women’s education, right to vote ,divorce and against child marriage.