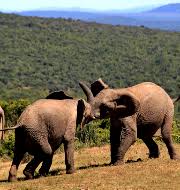 The Indian Government approved the establishment of Terai Elephant Reserve in Uttar Pradesh.

The Terai Elephant Reserve will be established in Dudhwa-Pilibhit in Uttar Pradesh. It will span across 3,049 sq km area. It will be the 33rd elephant reserve to be set up in India. It will be in the joint forest regions of Dudhwa and Piliphit tiger reserves that are involved in the conservation of tiger, Asian elephant, swamp deer and one-horned rhinoceros.  It is the third elephant reserve to get approval from the Union Environment Ministry in the past three months under Project Elephant, with the other two being Lemru in Chhattisgarh and Agasthymalai in Tamil Nadu.

Why is TER significant?

The establishment of the new elephant reserve will help conserve the trans-boundary migration of elephant populations. It will help protect the neighbouring villages in the Indo-Nepal border area of Uttar Pradesh. It will also help in the management of grassland and elephant corridor in Dudhwa and Piliphit tiger reserves. Tiger reserves’ conservation efforts and the elephant reserve plans will supplement each other, making activities like drinking water management, maintenance and renovation of wildlife corridors, capacity building of forest personnel, mitigation of human-animal conflict and others more economical. Due to the absence of financial constraints, forest officials of the tiger reserves can compensate villagers for the damages of crops and houses caused by elephants without requiring state government’s funding. This will ensure the welfare of both the wildlife in protected areas and residents of nearby villages.

What is Project Elephant?

Project Elephant was launched by the Central Government in 1992 to provide financial and technical aid to states for the protection of free-ranging population of wild Asian elephants. This centrally sponsored scheme aims to ensure long-term survival of Asian elephants in their natural habitats by protecting them, their habitats and migration corridors.