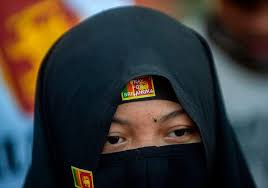 Switzerland has voted on March 7, 2021 in favour of the proposal to ban the full facial coverings such as burqa and niqab in almost all the public places. This controversial proposal was passed following a public referendum which was supported by around 51.21 percent of voters. This proposal of banning the full-face coverings in public was tabled by groups like right-wing Swiss People’s Party.

This referendum means that, full facial covering will be banned in all publicly accessible places in Switzerland such as in the countryside, on the streets, in public transport, in public offices like shops, restaurants. However, the full-face covering will be allowed at the places of worship and other such sacred sites. covering face will be allowed for health & safety reasons as well besides in the situations where covering face is the local custom like in carnivals.

Will tourists be exempted?

The proposal banning to cover the full face, which was proposed by the Swiss Federal Government, states that there will not be additional exceptions like for the tourists.

How the world is responding?

This proposal of banning full face cover does not mention Islam specifically but it is being referred to as ‘burqa ban’ among the media. This proposal was also widely criticised by the Civic groups, Human rights groups, Swiss Federal Government and the Swiss religious organizations. This proposal was also criticised by the ‘Swiss Council of Religions’ by stating that “human right to religious freedom also protects the religious practices like dress code”. The Swiss Council of Religion represents the major religious communities in of Switzerland. Further, the Swiss Federal Council, which serves the federal government as well as the Swiss Parliament, also rejected this initiative and had urged people to vote against this proposal.

The referendum to ban full-face coverings in Switzerland was passed after several debates. France became the first European country that banned burqas and niqabs in public places in the year 2011. The European Court of Human Rights had upvoted this ban in the year 2014.