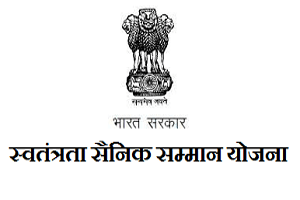 The government has approved the continuation of the Swatantrata Sainik Samman Yojana (SSSY) and its components for the financial years 2021-22 to 2025-26, with a financial outlay of Rs 3,274.87 crore.

This is a scheme of the central government for granting pensions to freedom fighters and to their families. This grant is provided from the Central Revenues. As a gesture of respect for their contributions to the national freedom movement, the scheme provides a monthly Samman Pension to freedom fighters. After their demise, pension is given to their eligible dependents viz. unemployed and unmarried daughters, spouses, and dependent parents, as per the prescribed eligibility procedure and norms.

Other benefits provided under this scheme

Along with the Samman pension, the freedom fighters are also offered other benefits which are:

Free lifetime railway pass for the freedom fighters as well as their widow/widower and a companion (II AC in Rajdhani, Chair Car in Shatabdi, and I class /AC Sleeper in all other trains). To the freedom fighters and their dependents, C.G.H.S. facilities have also been provided. All Central Government hospitals and hospitals run by PSUs under the Bureau of Public Enterprises will provide free medical services. A telephone connection with no installation fees and only half the rental cost is also being provided. They will also be provided with residential accommodation in the General Pool (within the total 5% discretionary quota) in Delhi. Transit accommodation for freedom fighter pensioners/eligible dependents at the Freedom Fighters’ Home in New Delhi has also been set up. Ex-Andaman freedom fighters and their widows or widowers are also provided with free air travel once annually to visit the Andaman and Nicobar Islands with a companion.