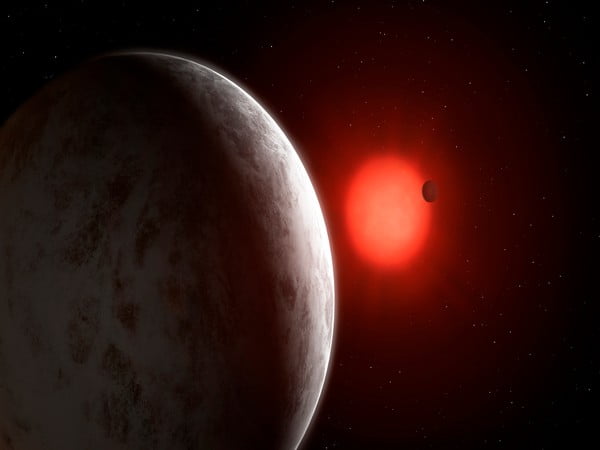 The Astronomers at the University of Gottingen detected a system of super earth planets. The planets are orbiting a near by star Gliese 887. It is the brightest red dwarf star in the sky.

The Super earth discovered is close to the habitable zone of the red dwarf. Based on its proximity there are possibilities for existence of water. The Super Earths were discovered based on a technique called “Doppler Wobble”. The technique allows the scientists to measure tiny back and forth wobbles of the star that are caused due to gravitational pull of the planets.

The Astronomers have found that Gliese 887 is active just as the sun. This would have created a strong stellar wind and an outflowing material that would have eroded the atmosphere of the planet.

The astronomers have also discovered that the brightness of the Gliese star is almost constant. Hence, the star is relatively easy to detect.

The Gliese 887 is at 11 light years from the sun and is one of the closest stars to the sun. It is half the size of the sun. It has very few star spots unlike the sun.

What are Super Earths?