Sunil Mehta appointed as the Chief Executive of IBA 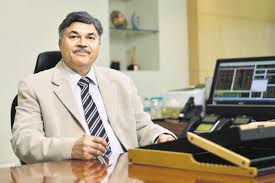 As per the recent announcement from the Indian Bank’s Association (IBA) made on Monday, 27th January 2020, Former Managing Director and CEO of Punjab National Bank, Sunil Mehta has taken charge as the Chief Executive of Indian Banks’ Association. The Association is based in Mumbai, Maharashtra was formed on 26th September 1946 as an association for the management of the banks and financial institutions of the country. It currently represents more than 200 banking and financial institutions operating in India.

He has previously held the post of Chairman of Indian Banks Association, which was replaced by the Chairman of State Bank of India, Rajnish Kumar on 18th October 2019. Now, Sunil Mehta has replaced V.G Kannan, who demitted office on 31st December 2019. The Association is managed by a managing committee which is headed by the Chairman along with 3 deputy Chairmen, 26 members, and 1 Honorary Secretary. The three Deputy Chairmen as on 28th January 2020 are Rajkiran Rai G (Union Bank of India), CH SS Mallikarjuna Rao (Punjab National Bank) and Madhav Kalyan (JP Morgan Chase Bank).