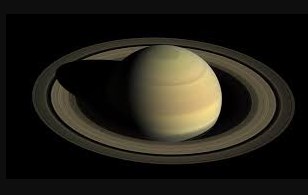 A recent study published in the journal Geophysical Research Letters drew parallels between the energy budgets of Earth and the Saturnian moon Titan. Energy budget is the differences between the quantum of solar energy received and emitted by a planetary system or satellite system. Titan is the largest moon of Saturn. It is also the only system other than earth in the solar system with significant levels of atmosphere and surface liquids. Its lakes are composed of liquid methane unlike Earth. The study made use of data collected by the Cassini mission between 2004 and 2017 and pertains to about 3 seasons on Titan. This is the first such study of the moon’s seasonal variation. The study found that though the amount of emitted and absorbed thermal energy has declined over 14 years, the amount being emitted declined to a lesser extent (6.8% drop) than the absorbed amount (18.6% drop). The variation also changed with the location (northern/ southern hemispheres of the moon). The study is expected to shed light on how Earth’s energy imbalances affect the weather and climate change.