States set to roll out Parivesh 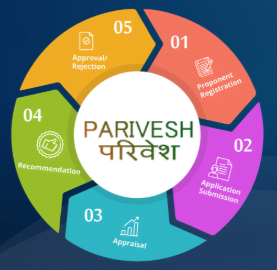 An ambitious web-based single-window system Parivesh (Pro-Active and Responsive facilitation by Interactive, Virtuous and Environmental Single-window Hub) for environmental clearances will be rolled-out at state levels by January 15. Parivesh provides for an automated system for submission, clearance and monitoring. Parivesh is expected to bring an end to the clearance nightmare for entrepreneurs. Parivesh has already been implemented at the Central level.

Benefits of the Parivesh

Parivesh provides for an amalgamation of various objectives of government like Digital India initiated by the Prime Minister and capturing the essence of Minimum Government and Maximum Governance.