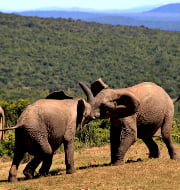 For the first time in India, four states Odisha, West Bengal, Chhattisgarh and Jharkhand have decided to conduct a synchronised elephant census in May 2017.
These four together have the maximum number of human-elephant conflict-prone regions in India. This decision was taken by senior Forest Department officials of the four States during a regional workshop.