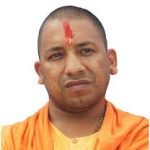 The Uttar Pradesh government is to create a dedicated Security force that will look after the security of airport, district courts, industrial institutions, banks and metro rails.

The force is to be given special training with modern security equipment. Also, they will be informed about the modern gadgets and techniques. They will also be deployed in protecting religious sites and pilgrimages.

The State Government is to constitute 5 battalions of UPSSF. The headquarters of UPSSF is to be located in Lucknow.

As Law and Order of the state is as state subject, the state government has complete powers to constitute such forces.

The Allahabad High Court had earlier directed that Uttar Pradesh State Government to form a force for security on court premises in December 2019.