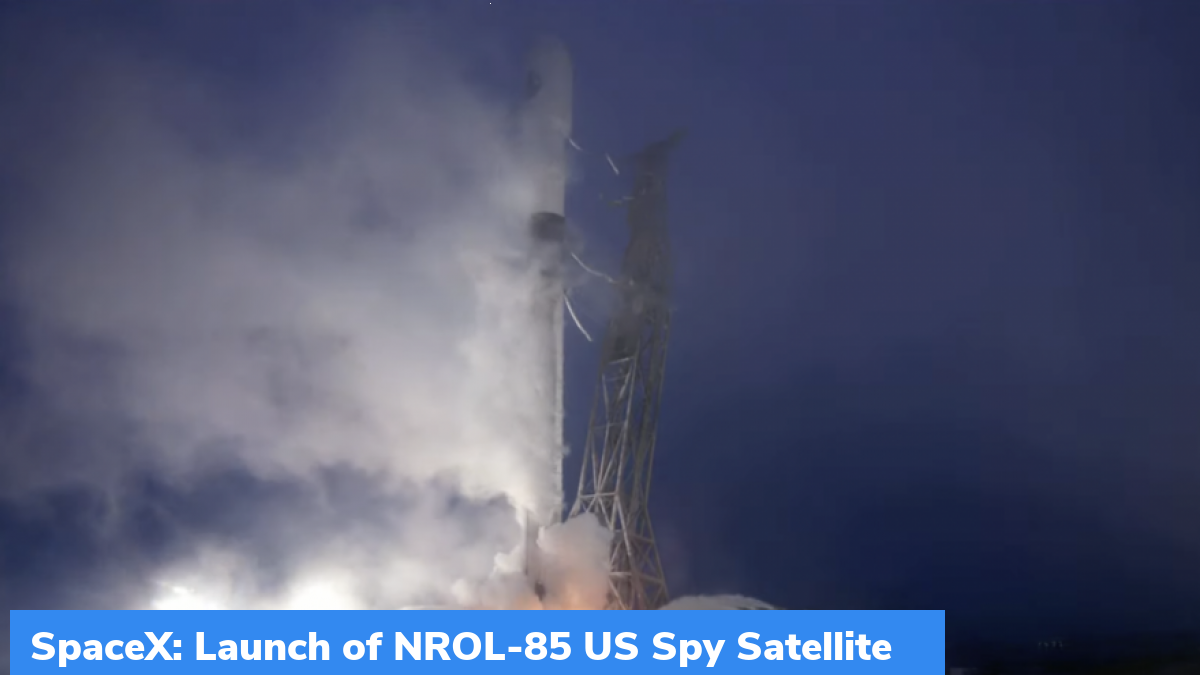 On 17th April 2022, a U.S. National Reconnaissance Office (NRO) spy satellite was launched into orbit by a SpaceX Falcon 9 rocket from the Vandenberg Space Force Base, California. The satellite named NROL-85 was this year’s second mission of the agency and also 2022’s second orbital launch from the Western Range of the USA.

This is a classified satellite for the U.S. NRO, hence much information regarding this satellite is not available. At NRO’s request, SpaceX did not broadcast any images of the upper stage of the rocket and the webcast of the launch ended after the landing of the first stage. Classified U.S. intelligence satellites and government surveillance are operated and built by the NRO.