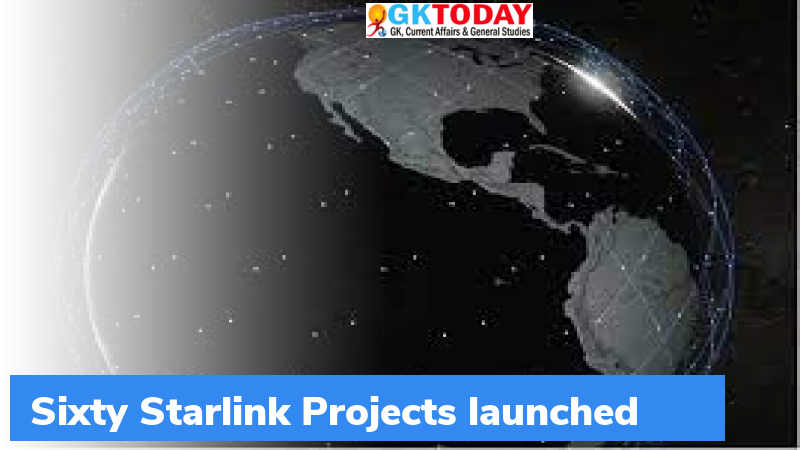 The SpaceX recently launched sixty Starlink Internet Satellites. The satellites were carried by Falcon 9 rocket. It was launched from the Cape Canaveral Space Force Station located in Florida.

The company has done twelve launches in 2021 alone. The majority of those launches have been its own Starlink satellites. SpaceX has permission to launch as much as 30,000 satellites.

Under the Starlink project, SpaceX aims to build a constellation of 12,000 satellites. The main objective of the project is to provide space based internet services at affordable costs.

Importance of the project

Currently there are more than four billion people in the world without internet access. This is mainly due to the incompetent ways of delivering internet. In most of the countries, internet is being delivered through fibre optic cables or wireless networks. These methods are highly challenging in areas with difficult terrain where it is not feasible to set up towers or cables. On the other hand, signals from satellites can overcome these difficulties easily.

Why does Starlink project use Low Earth Orbit?

The orbit at a height less than 1000 kilometres from the earth’s surface is called Low Earth Orbit. Satellites in this orbit move at a speed of 11,000 kilometres per hour. They complete one revolution in 24 hours, that is, in the same time the earth rotates its axis. Thus, the satellite in the constellation appears to be stationary. Thus, he can get access to the satellite 24/7.

The issue is time lag called latency between the server sending data and the user. The data transfer occurs in the speed of light. Thus, longer the distance greater is the time lag. Therefore, the satellites in the constellation should as close to the earth as possible. This is why they are placed in Low Earth Orbit.

The latency between geostationary orbit and the earth is 600 milli seconds.

Why does the project need huge number of satellites?

The major concern with the Low Earth Orbit is that their signals cover relatively small area. Thus, more satellites were required to reach to every part of the planet.