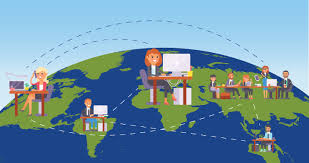 The Finance Minister, Nirmala Sitharaman, while presenting the Union Budget 2021 has announced that the government has put forward the proposed to launch a portal to formulate social security scheme for the workers of the India’s gig economy.

What is Gig Economy?

A gig economy is a free market system where temporary positions are common. In such system the organizations hire the independent workers for short-term commitments. The gig economy includes the work arrangements including the independent contractors, Project-based workers, freelancers, and temporary or part-time hires. It is part of a shifting cultural and business environment including the sharing economy, gift economy and barter economy.

Who makes the gig economy?

The gig economy comprises of the companies, gig workers and consumers. The types of organizations that the gig economy can apply ranges from the technical positions to transportation positions.

Who are blue collar workers?

Blue-collar workers are the working-class person who performs the manual labour. These workers could be skilled or unskilled. These workers are usually involved in the work including the warehousing, manufacturing, excavation, mining, farming, logging, electricity generation, power plant operations, food processing, waste collection and disposal, oil field work, construction, driving, shipping and so on.