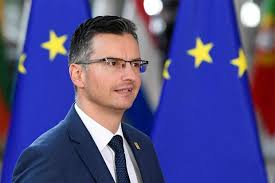 The Prime Minister of Slovenia, Marjan Sarec on Monday 27th January 2020 submitted his resignation from the post to the National Assembly (country’s parliament). He also called for an early election as his minority government could not pass important legislations. The next regular election is due to be held in the middle of 2022.

Former actor and comedian, became the head of Slovenia’s Government following the coalition of five parties, which assumed power in Late 2018, had only 43 out of 90 seats in the country’s parliament. Before the announcement of the Prime Minister, the Finance Minister Andrej Bertoncelj also submitted his resignation.  Borut Pahor (President of Slovenia) is expected to hold discussion with the parliamentary parties to see if any of them can form a new majority coalition to run the Government. Marjan Sarec’s party named List of Marjan Sarec have 13 seats while the Slovenian Democratic Party (SDS), which was sitting in the opposition,  is having the largest number with 26 out of the 90 seats in the National Assembly of Slovenia which is located in Central Europe with a population of around 2 million.