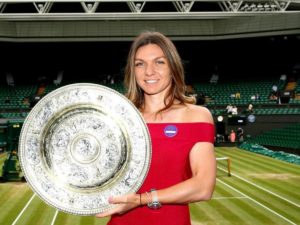 She dropped only one set throughout tournament to claim her 1st Wimbledon title.

One of the biggest motivations for Simona Halep to win Wimbledon was to get a life-time membership of coveted All England Club.

For Serena, it was a 3rd successive loss in Major final since her return from maternity. She is still one short of Margaret Court’s record of 24 Majors.

She became 1st Romanian to win Grand Slam crown since her manager Virginia Ruzici in Paris in 1978.

She made several changes to her coaching team and in 2019 her ranking dropped to 7th.