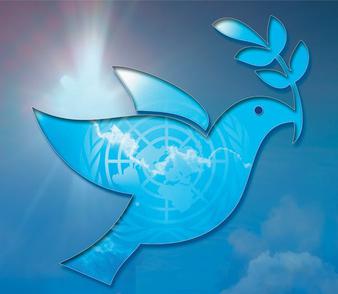 September 21 is observed as the International Day of Peace.

The International Day of Peace was established by the United Nations General Assembly in the year 1981. In 2001, the UNGA adopted a resolution to designate this day as a period of non-violence and ceasefire.

The Peace Bell was donated by the United Nations Association of Japan in June 1954. It was created as a symbol of hope for peace. The bell was made from coin and medals donated by the representatives of member states, the Pope and people, including children from 60 countries. The bell tower was modelled based on the Hanamido (a temple decorated with flowers) that symbolizes the place where Buddha was born. It is rung twice a year – once at the Vernal Equinox and on the occasion of the International Day for Peace. It has an inscription on its side that reads “Long Live Absolute World Peace”.