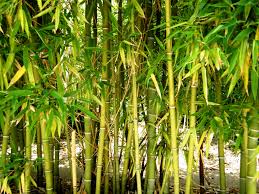 The Government of India has amended the century old Indian Forest Act to boost bamboo production and exploitation in the country. According to the amendment, Bamboo has been listed under grass. Earlier it was listed as trees which restricted its exploitation from forests, especially in the north east.

Also, the Government of India increased the import duty of raw bamboo items. This will help the domestic bamboo industries such as handicrafts, furniture and Agarbatti to make big way in the country.

The GoI launched restructured National Bamboo Mission to promote growth of bamboo sector. In 2018, the Government of India allocated 200 million USD to provide a new impetus to the bamboo sector.

Significance of Bamboo in India

India is second in the world in terms of Bamboo production. China currently occupies first position. According to NITI Aayog, bamboo resources in India have the potential to create economic activities of worth Rs 50,000 crores and generate employment for millions of persons every day, especially in the rural areas. Currently, Bamboo only generates revenue of Rs 4,000 to Rs 5,000.

It is a multilateral organization that was established in 1997. It has regional offices in India, Ethiopia, Ghana and Ecuador. The main objective of the organization is to work with countries to focus on the use of Bamboo.