US Senate passes law to give India NATO ally-like status 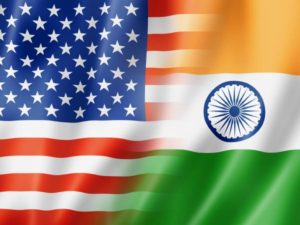 The United States Senate (Upper Chamber of US Congress) has passed a legislative provision that brings India at par with America’s NATO (North Atlantic Treaty Organization) allies and countries like South Korea, Australia, Japan and Israel for increasing defence cooperation.

This development to bring India at last with NATO ally comes amid a meeting between Prime Minister Narendra Modi and US President Donald Trump during G20 in Osaka, Japan and visit by US Secretary of State (SoS) Mike Pompeo to New Delhi.

What is National Defense Authorisation Act?

The legislative provision called National Defense Authorisation Act (or NDAA) for fiscal year 2020 was passed by Senate in late June.

Significance: The move of elevating India to non-NATO status is vital towards advancement of US-India strategic partnership and will further boost collaboration between India and US in defence.

Way Ahead: The bill would be signed into law after both chambers of US Congress pass it. The House of Representatives is expected to take up its version of NDAA in July before legislators adjourn for August recess on July 29.

In 2016 United States recognised India as a Major Defence Partner, a designation that allows India to buy more advanced and sensitive technologies from US at par with that of US’ closest allies and partners.

In July 2018, US President Donald Trump-led administration granted India status of Strategic Trade Authorization-1 (STA-1) country. This made India the only South Asian nation to be given the said designation along with US’ NATO allies. This move would ease export controls for high technology product sales to India.

The increased engagement of US with India in multilateral frameworks seeks to promote regional security and defend shared values and common interests in rules-based order.