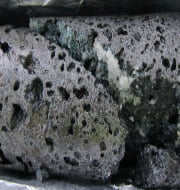 In a unique experiment, scientists from Iceland have discovered a new way to trap the greenhouse gas (GHG) carbon dioxide (CO2) deep underground by changing it into rock.
The new way was discovered as by Scientists from Columbia University’s Lamont-Doherty Earth Observatory and other institutions as part of a pilot program called CarbFix project.
The pilot program was launched in 2012 at the Hellisheidi power plant- the world’s largest geothermal facility in Iceland.
Key Facts

Significance
This technique the speedy carbonation has potential to combat climate change and may provide a safer, faster way to sequester CO2 and limit global warming. In future, it could be a viable way to store CO2 underground permanently and without risk of leakage.