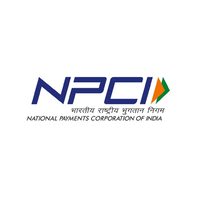 National Payments Corporation of India (NPCI) in association with the SBI Payments have announce to launch the ‘RuPay SoftPoS’ for millions of Indian merchants. This technology will be helpful in transforming the NFC enabled smartphones into merchant Point of Sale (PoS) terminals for retailers.

With the help of RuPay SOftPoS system, the merchants will be able to accept the contactless payments of up to ₹5000 by simple tap and pay mechanism using their smartphones. This system will be providing a cost-effective acceptance to the infrastructure for the retailers at nominal cost. This will also to proliferate the digital payment acceptance in millions of underserved Indian MSMEs. Under the mechanism, the merchants will be able to convert their android smartphone devices into payment terminal by downloading the supported app. The system will revolutionize the way micro and small merchants receive. It will also create a demarcated shift in the tendency of merchants to deal in cash towards accepting a secure, contactless and digital payments.

How this system will work?

This system is a convenient and a superior transaction system. Under it, once the contactless menu is chosen, appropriate amount is entered. Then the RuPay card will be tapped on the merchant’s mobile and make all these transactions instantaneously. After the transaction is approved, receipt of successful transaction will be generated in real time. This facility can be availed on the NCMC cards and RuPay Tokenized Card on mobile or wearable so as to make payments in a secure manner.

It is an umbrella organisation that operates the retail payments and settlement systems across India. It was founded in December 2008. NPCI is a not-for-profit organisation which is registered under Section 8 of the Companies Act 2013. It was set up by Reserve Bank of India and Indian Banks’ Association.