Russia extends ban on EU Food Imports until end of 2020 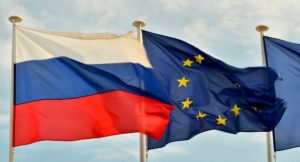 Russian President Vladimir Putin recently signed a decree for extending Moscow’s embargo on food products being imported from the European Union (EU) to the end of 2020. This decision was in continuation of Russia’s s retaliation against sanctions over Ukraine.

A decree signed by President Vladimir Putin posted on Moscow’s official government website, reads that ban on produce, dairy, meat and most other foods imported from EU will now stretch to December 31, 2020.

Background: In 2014, following the international sanctions imposed by United States and other countries over Russia for its annexation of Crimea and support of east Ukraine’s separatists, Moscow in August 2014 imposed counter sanctions on most food imports from the European Union, US and several other countries. The international restrictions were primarily targeted at finance, energy and defense sectors of Russian economy.

Recently on 20 June 2019, EU further extended their punishing economic sanctions against Russia (over conflict in Ukraine) for a further 6 months period.

Sanction Result: The Western economic restrictions being faced by Russia as well as country’s own embargo have affected Russian economy by pushing up food prices. Western sanction have deprived Russian economy of $50 billion on the other hand EU has lost $240 billion.

Russia has now managed to benefit from Western economic pressure as it has started phasing out its imports and replacing them with domestically made products, even in sectors in which Moscow did not have any experience, thus giving boost to domestic producers.