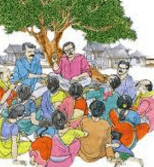 The Haryana Government passed a bill on November 6 which provides a right to recall an elected member of Panchayati Raj Institutions if they fail to perform their duties well. The state government also provided 50% reservation to women in these bodies.

This bill will help in increasing the accountability of Panchayat members to the voters as now they can be removed from their posts if they do not perform well. It is a significant bill passed by the state government and can prove very effective in development in rural areas.