Right to be Forgotten : Indian Scenario 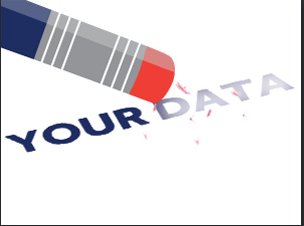 In the digital era of 21st century access to information is quick and procuring personal information of an individual is easier. This can give rise to various challenges which can compromise the privacy, security and dignity of an Individual. As a result the concept of Right to be forgotten has become more relevant.

Right to be forgotten can be defined as the right which allows an individual to request for removal of his/her personal information/data online.

The first explicit acceptance of right to be forgotten was when the Karnataka high court upheld the right to forgotten while passing the order on writ petition.

Whether the Provisions Threaten Freedom of Speech:

The draft bill makes it clear that the right to be forgotten is not an absolute right and provides for certain exemptions. The activists of free speech puts forward that the exemptions fall short in upholding the freedom of speech because:

Constitutional luminaries also comment that the law would not stand the scrutiny of judiciary as the Article 19(2) of the Indian Constitution did not provide “privacy” as a ground for imposing restrictions on freedom of speech. It would be curious to watch how the bill will evolve in the coming times to achieve a fine balance between right to freedom of speech and right to be forgotten.