Recent Study on Pollination of Moths 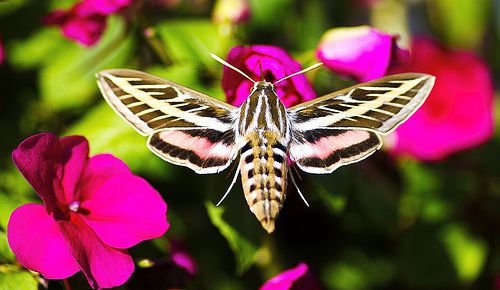 A study has revealed that moths are essential for pollination in northeast India’s Himalayan environment. The study established that 91 species of moths are pollinators of 21 different species of plants in Arunachal Pradesh and Sikkim in the north-eastern Himalayas.

The results are significant as most pollination research focused on daytime pollinators such as butterflies and bees, while the contribution of nocturnal pollinators received less scientific attention. This research is a part of a project which has been funded by the Ministry of Environment, Forest and Climate Change and it is one of the few such large-scale studies in which the research team studied the effect of different altitudes as well as various seasons on the ecology of pollination of the moths.

The study is based on field studies that were conducted in Himalayan terrains, ranging from the foothills to elevations of up to 3,000 meters, as well as laboratory investigations of over 1,800 moth proboscides i.e. the mouthparts of moths.

Where was the study published?

The study was published in Scientific Reports, a publication from the Nature group of journals, in a paper titled “Settling moths are the important component of pollination in Himalayan environment of North East India, pollen transfer network technique revealed.” The lead author of this study is Navneet Singh.

Findings of the study

Erebidae (tiger moths, erebid moths, lichen moths, etc) and Geometridae (geometer moths) were found to be the Himalayan region’s most important families of moths for pollen transportation. It was also found that moths also frequently interacted with Fabaceae, Betulaceae, Ericaceae, and Rosaceae which fall under the category of the wind-pollinated plant family.

The study has also found out that Achaea janata which is a well-known pest of numerous important plants was found as a potential pollinator of three plant families, which shows that moths can provide benefits as pollinators even when functioning as larval herbivores.

The study has shown the importance that moths play in the nature.