M Ravindran takes over as Chairman of Indraprastha Gas Limited 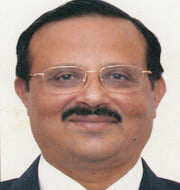 M Ravindran has taken over as the Chairman of Indraprastha Gas Limited (IGL).
He has replaced K K Gupta, Director (Marketing) of Bharat Petroleum Corporation Ltd (BPCL), who has relinquished the charge upon completion of his two-year tenure.
Presently M Ravindran is Director (Human Resources) of state-owned gas utility GAIL (India) Limited.

IGL is a joint venture of GAIL, BPCL and government of Delhi.
It is the sole supplier of Compressed Natural Gas (CNG) and Piped Natural Gas (PNG) in the National Capital Territory (NCT) of Delhi, Noida, Greater Noida and Ghaziabad.
The post of chairman of IGL is rotated among GAIL and BPCL every two years.
Market Base: IGL has around 9500 km of pipeline network and meets fuel requirements of over 7.7 lakh vehicles running on CNG through a network of 297 CNG stations in Delhi Region. IGL is also supplying PNG to nearly 5,30,000 households in Delhi and NCR towns.