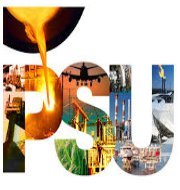 On February 10, 2020, the Department of Public Enterprises operating under Ministry of Heavy Industries tabled the “Public Enterprises Survey” on the parliament. The report says that the net profit from the PSUs has increased by 15.5% as compared to the previous year.

The survey said that Indian Oil Corporation, NTPC and ONGC were the top three profitable PSUs in 2018-19. On the other hand, MTNL, BSNL and Air India were the highest loss-making PSU. Also, the survey noted that these three PSUs have been making losses for three consecutive years.

The report also said that total income from Central Public Sector Enterprises (CPSE) in the year 2018-19 was 24 lakh crore rupees. It was 20 lakh crore rupees the previous year. There has been an increase of 4.67%

The enterprises such as MSTC, Chennai Petroleum Corporation and State Trading Corporation that were making profit last year (2017-18) incurred loss in the fiscal year 2019 (2019-19).

There are a total of 348 CPSEs. Out of these 249 are operational, 13 are under closure or liquidation and 86 are under construction.