Provisions of RTI Act to be enforced in Jammu and Kashmir 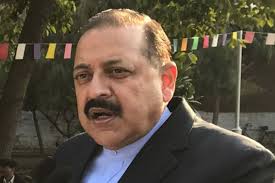 The RTI (Right To Information) act to be enforced soon after passing of notification in the current session. The provisions will be applied as same as other Union Territories. This was announced by the Union Minister of State (Independent Charge) Development of North Eastern Region, Prime Minister’s Office, Personnel, Public Grievances, Pensions, Atomic Energy and Space, Dr. Jitendra Singh,

The Minister is his statement said after discussing the issue with the senior officials of the Home Ministry that the RTI  Act will be the same as usually followed in other Union Territories of the country. The act will be as at the lower level, – Public Information Officers (PIOs) and First Appellate Authority the procedure for disposing of RTI applications will remain the same. Therefore with the introduction of the RTI Act, all applications filed under the Act in the administration of newly carved Union Territory will come under the administration of the Central Information Commission (CIC),