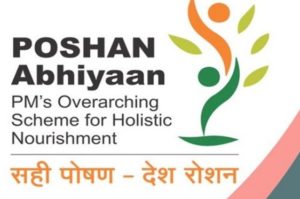 On September 20, 2020, the Ministry of Ayush and Ministry of Women and Child Development signed a Memorandum of Understanding to control malnutrition in the country. The agreement was signed as a part of Poshan Abhiyaan.

According to the Memorandum of understanding, the Women and Child Development Ministry will undertake scientifically proven and user based solutions to control malnutrition in the country. Also, medicinal Gardens and nutri Gardens are to be established in every Anganwadi in the near future.

The Ayush ministry is already contributing specific measures such as feeding practices for lactating mothers, right intake of diet for pregnant women, use of traditional products to augment milk secretion and nutritional food for children.

Causes of malnutrition in India

Measures by GoI to control Malnutrition

The scheme aims at providing food supplements to children from poor and marginalized sections. It’ll also bridge the gap between the requirement of dietary intake and the actualintech. It also ways children to detect early growth faltering and undernutrition.

This program was initiated in 1992. It was begun under National Iodine Deficiency Control Programme. The goal of the program is to ensure that all salt available in the country for human consumption or iodized.

The Food Safety and Standards Authority of India had recently released fortification standards for five staple foods in the country. The main target of the programme is to fight micronutrient malnutrition in the country. The National Institute of Nutrition has released food composition tables to increase focus on dietary diversity.