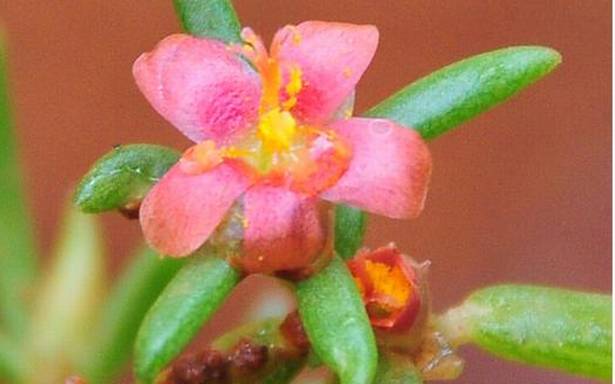 The scientists have discovered a new species called Portulaca laljii. It is a wild Sun Rose found in the Eastern Ghats.

It has been named after Lal Ji Singh. He was an eminent botanist of the Botanical Survey of India. The species has been placed under the “Data Deficient” category of IUCN List of threatened species. The morphological features of Portulaca lajii is different from other species of Portulaca genus. The flowers of Portualca lajii are reddish-pink in colour and are very minute of about 0.5 millimetres. These plants are found in rocky crevices at an altitude of 1,800 metres. They are classified under the Sun Rose category because they flower in bright sunshine.

The flowers of the plants are very attractive and shall have high horticultural value. They bloom between June and February.

How does the plant survive in Rocky conditions?

The Portulaca lajii survives in rocky surfaces with the help of its tuberous roots and its succulent nature. In general, the plants with thickened parts that are capable of retaining water in arid soil or climate are called succulent plants.

The Sun Rose plants are also called Rock Rose. There are more than 80 to 100 species of sun rose plants. They are low growing flowering plants. The plants open their flowers during sunshine. These plants are native to Cape Province of South Africa. However, they are widely used as ornamental plants all over the world.