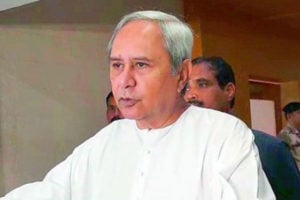 Chief Minister of Odisha and Biju Janata Dal (BJD) supremo Naveen Patnaik launched a social service initiative of the party dubbed as ‘Odisha-Mo Parivar’ (Odisha, my family). The initiative is aimed at encouraging environment protection, blood donation and the welfare of Odias in distress.

Under the programme, BJD party leaders will dedicate themselves to protect environment and undertake massive plantation drive of trees by creating awareness among people about environment protection. Apart from 4.5 crore Odias, the ‘Odisha-Mo Parivar’ programme’ will also come to the rescue of Odias stranded in foreign countries.

The programme will be transformed into a social movement just like BJD’s success in its blood donation programme called ‘Jeevan Bindu’.

The initiative is a tribute to late Biju Patnaik (former Chief minister of Odisha), who had always been working for welfare of Odisha people and lending support to poor and needy people. Following the footprints of legendary leader, the BJD is committed to serve the State.

CM Naveen Patnaik has appointed Arup Patnaik, former Mumbai Police Commissioner and BJD leader as convenor of programme for its implementation., five other BJD leaders as co-convenors and several party leaders as members of the programme.