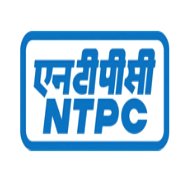 The largest power producer of India, the National Thermal Power Corporation, has invited bids to buy operational solar power projects with unspecified capacity. This is the first time that the company has come out with such kind of intention since till now it has been instrumental in acquiring solar power only and not solar power projects.

This is part of the goal of the company to add 10 GW of solar generation capacity by the year 2022 with an investment of around Rs 50,000 crores. The announcement also comes on the backdrop of the Atmanirbhar Bharat Program announced by the Prime Minister recently and in line with that, the company has decided to acquire only such plants that are being operated using local equipment and not based on imported solar cells and modules.

In order to broaden the base for willing participants, the company has invited selling bids from promoters, lenders, financial intermediaries, power generation companies and also independent power producers. This is going to serve as a golden opportunity for players who are looking to exit this sector after facing regulatory hurdles and difficulties in pricing power on renewed terms being insisted on by some states now.