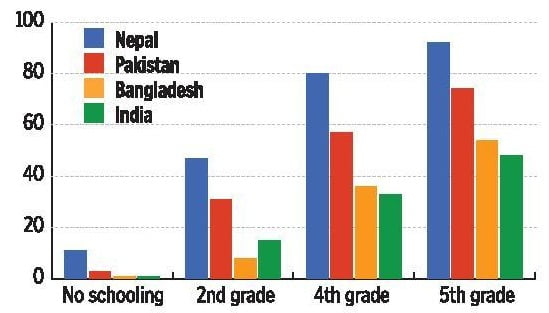 A report on ‘Household Social Consumption: Education’ was published by the National Statistical Office (NSO). It surveyed around 1.13 lakh households across 8,000 villages and 6,000 urban blocks. The data for the report were collected during 2017-18 for the age group of 7 or above. As per the report, smaller states have done better than the developed ones. Kerala topped the list while Andhra Pradesh emerged as the least literate state, standing below Bihar.

NSO is the state statistical agency which is set up by Statistical Services Act 1980. The agency is responsible for collecting and compiling official statistical information on a regular and timely basis.