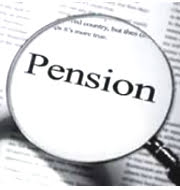 What is National Pension System?

The National Pension System (NPS) is a market linked, defined pension contribution product regulated by the statutory body Pension Fund Regulatory and Development Authority (PFRDA). This pension-cum-investment scheme provides social security for elderly people. Under this scheme, a unique permanent retirement account number will be generated and maintained by the Central Recordkeeping Agency. The NPS provides market-linked returns. The assets under the NPS are owned by National Pension System Trust (NPST), which was set up by the pension regulator. Under this initiative, individual savings are invested by the PFRDA-regulated fund managers in diverse assets like government bonds, corporate debentures and shares. The savings will grow based on returns obtained from these investments.

Pension Fund Regulatory and Development Authority (PFRDA), which comes under the aegis of the Union Finance Ministry, is responsible for the overall supervision and regulation of pensions in India. It was set up under the PFRDA Act, which was notified in February 2014 to provide financial security for senior citizens and safeguard the interests of NPS subscribers.